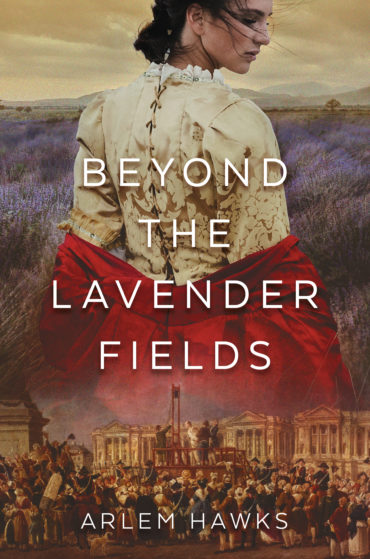 Book Review of Beyond the Lavender Fields by Arlem Hawks

I’m trying to get caught up on my reviews! This past school year was so difficult for me. My daughter has been struggling and my class was…not the best-behaved class (that’s the nice way to put it). Not only that, but they were so low and so far behind that I had to create new lessons and content to help catch them up. Consequently, I had no time for my favorite hobbies—reading or reviewing. Every spare second I had this past school year went to helping my daughter or my class. So here we are…it’s June and I’m reviewing a book that was released in February. I’m sorry to all the authors and publishers, but I’m getting closer to being caught up!

If you’re a long-time reader, you will know how much I love a good historical fiction book. If you’re new to my site, welcome! One of my favorite genres is historical fiction. You’re in for a treat since I’m reviewing a new historical fiction book today! Beyond the Lavender Fields by Arlem Hawks is set during the French Revolution. What happens when a révolutionnaire and a royaliste fall in love? Will they be able to look past their differences and make their relationship work?

Rumors of revolution in Paris swirl in Marseille, a bustling port city in southern France. Gilles Étienne, a clerk at the local soap factory, thrives on the news. Committed to the cause of equality, liberty, and brotherhood, he and his friends plan to march to Paris to dethrone the monarchy. His plans are halted when he meets Marie-Caroline Daubin, the beautiful daughter of the owner of the factory.

A bourgeoise and a royalist, Marie-Caroline has been called home to Marseille to escape the unrest in Paris. She rebuffs Gilles’s efforts to charm her and boldly expresses her view that violently imposed freedom is not really freedom for all.  As Marie-Caroline takes risks to follow her beliefs, Gilles catches her in a dangerous secret that could  cost  her and her family their lives. As Gilles and Marie-Caroline spend more time together, she questions her initial assumptions about Gilles and realizes that perhaps they have more in common than she thought.

As the spirit of revolution descends on Marseille, people are killed and buildings are ransacked and burned to the ground. Gilles must choose between supporting the political change he believes in and protecting those he loves. And Marie-Caroline must battle between standing up for what she feels is right and risking her family’s safety. With their lives and their nation in turmoil, both Gilles and Marie-Caroline wonder if a révolutionnaire and a royaliste can really be together in a world that forces people to choose sides.

Their first meeting isn’t what either of them imagine it should have been. The more they get to know each other, however, the more they like. When they learn that their loyalties lie on completely opposite sides of the revolution, they aren’t sure if a romance would be a good thing.

I love the relationship between Gilles and Marie-Caroline. At times it’s feisty and bold while other times it’s gentle and sweet. Neither character allows the other one to dominate the conversation, the politics, or the action. I like the banter between them and the friendship that blossoms.

This book is well written. The story flows well and is easy to follow. I like the letter-writing format in this book. It’s one sided, so you read Gilles’ side and then you learn more what Marie-Caroline is thinking through the letters she writes her cousin Sylvie. At first, I was worried about this format, but it worked well and didn’t cause the story to be choppy at all.

The characters in Beyond the Lavender Fields are well developed and have so much depth to them. Ms. Hawks does a great job writing dialogue and descriptions, as well, which adds so much to this story.

I very much enjoyed this book and I highly recommend it, especially to historical fiction lovers like myself.

Content Rating: PG-13 (There isn’t any profanity or “intimacy” in this book except for some brief kissing. There is some violence, however. It is a war and people are killed, homes are attacked.)

Age Recommendation: YA and older