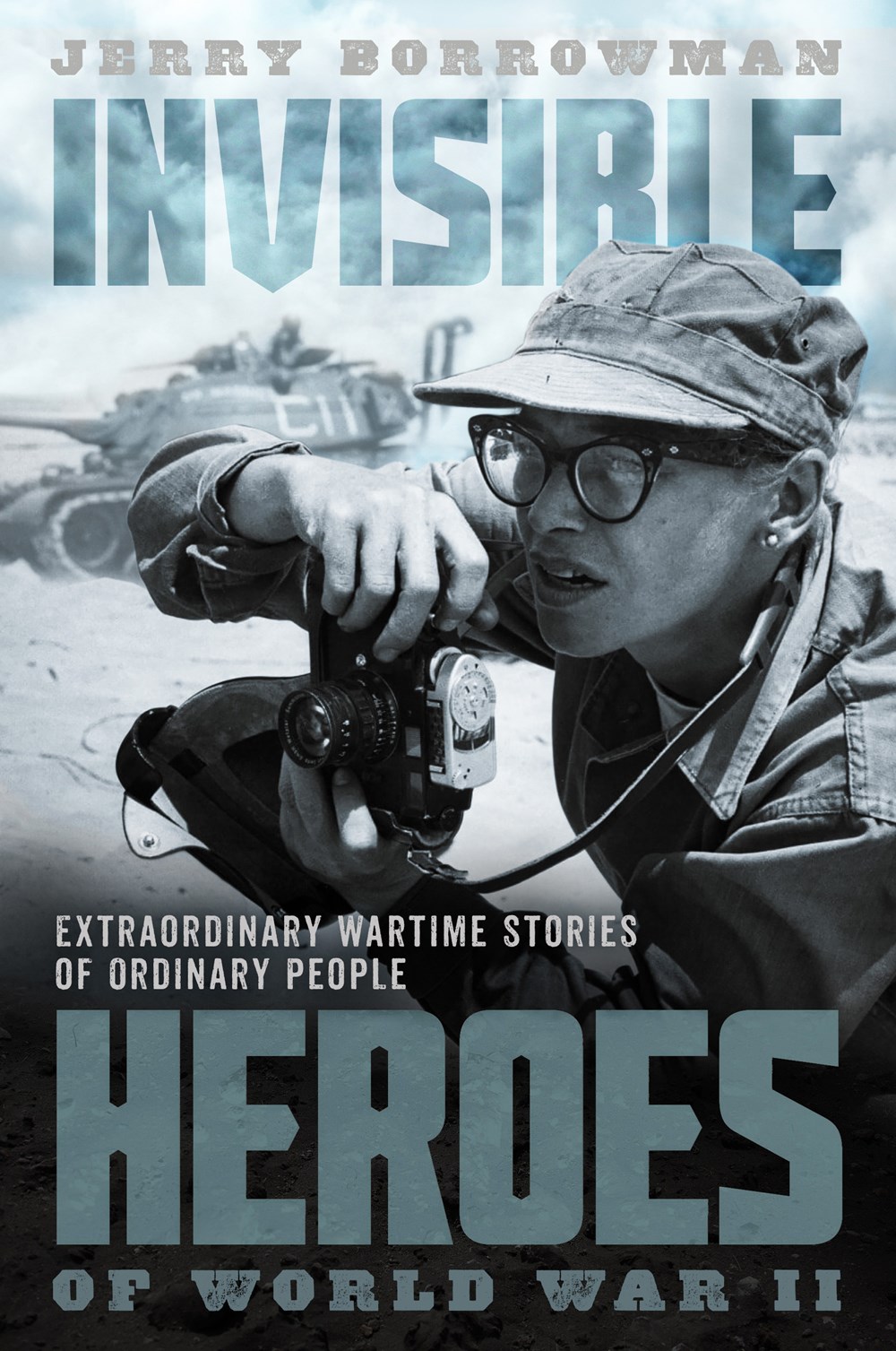 I have read a lot of books about World War II. Some fiction and some nonfiction. Many of them are told from different viewpoints: prisoner of war, concentration camp survivor, little girl, soldier, and even death. This book is different in that it doesn’t follow a storyline. There’s no plot. This book details the experiences of several individuals or groups during World War II. Some of them are men and some of them are women. I especially liked hearing the women’s stories because it doesn’t seem like there are as many out there as there are for the men. Some of the experiences are on the battlefront, and some of them are closer to home. Each story gives you a little more insight into what people went through during the war. It’s always good to remember the past so we don’t need to repeat it. I hope you enjoy my book review of Invisible Heroes of World War II  by Jerry Borrowman.

“Invisible Heroes of World War II documents the largely untold true stories of a diverse group of soldiers and noncombatants—men and women—from all over the world who fought with the Allies during World War II. These heroes made significant contributions in the war effort, but often went unnoticed by historical accounts.

Some were frontline soldiers who were captured by the enemy and endured horrific conditions as prisoners of war, others were ordinary citizens who fought in the French Resistance and provided vital operations to undermine Nazi occupation, while others were engineers, industry workers, or war correspondents and photographers. All served with valor and distinction as part of the massive Allied forces who fought to free the world from tyranny and oppression.

Each of these stories is so compelling. The first story jumps right into the story of a prisoner of war. It’s a vantage point I have read before, but it starts in the Philippines, which I know I haven’t read about previously. I really had no idea what went on in the Philippines, so it was interesting to read about in detail. After reading Pat Patton’s experience, I can understand why some people had such harsh feelings against the Japanese. Like Louis Zampirini, Pat Patton suffered because of the brutality of his Japanese captors.

Another section of the book talks about Rosie the Riveter and how she came to be.  I liked learning about the different women who worked in plants and factories. It’s interesting how attitudes towards women working outside of the home have changed in the years since World War II. Ronnie the Bren Gun Girl and Charlcia Neumen were just a couple of women featured. They did very different jobs—one making guns and the other riveting planes—but each was an important job that made a big impact. Afterward, Charlcia said,

I loved learning about the Navajo Code Talkers, the Purple Heart Battalion, Dickey Chapelle, Joseph Medicine Crow, and the engineers and builders. Ok, I really loved reading about all the people in this book. Seriously. It’s so good! The people and groups discussed in this book truly were heroes, and I think it’s imperative for all of us to really think about who we look up to and consider heroes. I added a few heroes to my list after reading this book.

These are just a few of the remarkable people featured. We can learn so much from each of their experiences. I love that the people and groups spotlighted weren’t necessarily famous or well known.  Normal, ordinary people can achieve amazing things. (Why do we like hearing this? I think we all want hope that we can make a difference in the world even though we don’t think we’re special.) Each story is well written, compelling, and shows a part of the war that we need to remember and learn from. I thoroughly enjoyed getting to know more about these heroes, and I think you will too!

Rating: R (War-time atrocities–some of them quite graphic.)