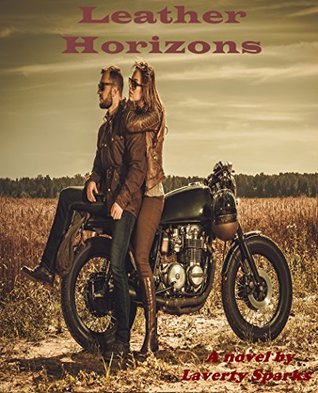 Let’s just say that Misty and Rebyl live lives completely different than mine. I am pretty much 100% opposite of them. That’s ok, though, right? Reading is fun because you get to experience different lives and experiences. They don’t live like I do, but that’s ok and I can learn from them and their life experiences. We’re not all alike, and it’s ok! Check out my review of Leather Horizons by Laverty Sparks.

“Television journalist Mist Briscoe helps produce a weekly Chicagoland broadcast, but it’s her own life that could be showcased. Playing the leading role in her own performance, she ad-libs through the prologues and soliloquies of life.

Backstage is her married boss who would like nothing better than to make their friendship intimate. Should she pull the curtain on this drama or exit stage left? Neither choice is without sacrifice.

Back in Misty’s hometown in southwestern Michigan, the other important supporting cast members, her family, face their own monologues. Adding intrigue to the plot, her elderly grandfather has disappeared shortly after his wife’s funeral and Misty’s parents are at a loss with the mystery. Last, but not least, Misty’s best friend shines in the footlights and deals with her own perplexing script.

As each of their stories unfold and reality sets in, every impending choice possesses a strong alternative, incentive, and circumstance. But the obstacles aren’t so high this ensemble can’t get over them or so deep they can’t get around them when they take their final bows.

After many rehearsals and run-throughs, Misty meets a leading man who becomes he number-one fan. Will his audition prompt her in the direction of happiness?”

Misty has a job in broadcasting, but isn’t too happy with her situation there. Her friend Rebyl owns a resort, but has a secret even she won’t admit yet. They have been friends for a long time, yet haven’t seen each other in awhile. Misty takes a trip home and finds that she is needed there more than she thought. Since she isn’t happy with work, she begins thinking of other options, and hopes that she’ll meet someone.

The characters in this book are well developed and have big personalities, especially Misty and Rebyl.  I had a hard time relating to them because they are so different from me, but I did like them as characters. I liked the writing style and thought it was well written. There are some twists and turns that made the story interesting and gave it some more depth.

Rating: R (Profanity, “intimacy,” including scenes and innuendos, and suicide.)