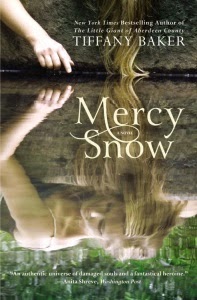 “In the tiny town of Titan Falls, New Hampshire, the paper mill dictates a steady rhythm of life. But one day, a tragic bus accident sets two families on a course of destruction. June McAllister, the wife of the local paper mill owner, discovers a dark secret about the crash that threatens to upend her picture-perfect life. She will do anything to cover it up. But the recently arrived Snow family, a group of itinerant ne’er-do-wells, has different ideas–especially Mercy Snow, whose brother is blamed for the accident. She will do anything to save him. The stakes reach new heights when a skeleton is discovered on the Snow’s land, not far from the crash site. As June and Mercy move closer to the truth of the crash, even the oldest bonds will be tested, and Titan Falls finds itself leaving history behind as it moves into an uncertain future.”

I really enjoyed this book. It’s full of mystery, tradition, lies, cover-ups, young love, betrayal, loyalty, growth, and survival. The writing just draws you in and doesn’t let go. You get sucked into this world of Titan Falls and its paper mill. The character development is so well done. I felt like I was a part of their world. I liked June at the beginning of the book, but by the end my opinion of her had done a 180. I liked Fergus and his wife Hazel. She was a little odd, and quick to bow to others’ wishes, but I liked her. I liked the Snows. Mercy, Hannah, and Zeke. I felt bad for them and their poor circumstances. I liked Mercy’s drive to be independent. I liked how she worked hard to take care of Hannah. Even though Zeke isn’t in the book for very long, I liked him. There’s a lot said about him, some good and some bad, but I think deep down he’s a good guy. I liked Nate and felt bad for the position he was in. Ms. Baker’s use of words and description allows the story to come alive as you’re reading, and I love it when that happens. There were a few things that were predictable, but there were also some surprises. Either way I kept on reading.

There is some profanity in this book, including a couple of “f” words. You know me, I wish it didn’t have any, but overall it’s not too bad. There is some minor violence including the death of at least one character and a couple of animals. There’s a teenage “intimacy” scene, and the description of a rape that happened before the story began. Neither one has too much detail.

I think this would make a great book group read, and I think there could be some very good discussions. I enjoyed this book and would recommend it with the previously stated warnings.

Rating: R (Profanity, including a couple of “f” words, violence including the death of a character and a few animals, an “intimacy” scene and the description of a rape that happened before the story began.) 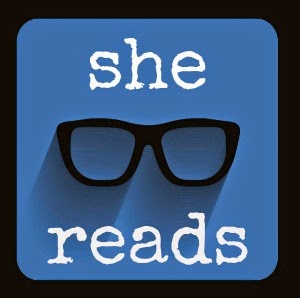