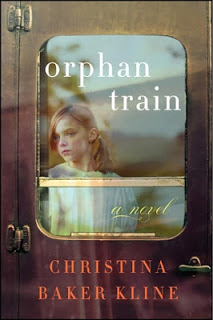 (Summary taken from the inside cover) “Between 1854 and 1929, so-called orphan trains ran regularly from the cities of the East Coast to the farmlands of the Midwest, carrying thousands of abandoned children whose fates would be determined by pure luck. Would they be adopted by a kind and loving family, or would they face a childhood and adolescence of hard labor and servitude? As a young Irish immigrant, Vivian Daly was one such child, sent by rail from New York City to an uncertain future a world away. Returning east later in life, Vivian leads a quiet, peaceful existence on the coast of Maine, the memories of her upbringing rendered a hazy blur. But in her attic, hidden in trunks, are vestiges of a turbulent past. Seventeen-year-old Molly Ayer knows that a community-service position helping an elderly widow clean out her attic is the only thing keeping her out of juvenile hall. But as Molly helps Vivian sort through her keepsakes and possessions, she discovers that she and Vivian aren’t as different as they appear. A Penobscot Indian who has spent her youth in and out of foster homes, Molly is also an outsider being raised by strangers, and she, too, has unanswered questions about the past.”

I love it when I can read fiction and still learn something! I consider myself to be well-versed in history, especially U.S. history, but I had absolutely no idea that the orphan trains existed. I was shocked, to say the least. I’m glad Ms. Kline put the time and research into this book, because I may never have learned about this part of history. Ms. Kline weaves the story together so well. I loved her imagery, her descriptions, her ability to tell the story, and her ability to bring the story to life. I loved this book. Yes, it was definitely depressing and awful at times, but the way it came together in the end made all the sadness worth it. The character development in this book is very well done. The characters come to life on the pages, and it felt like they had been my dear friends forever. Vivian-old and young-is such a strong character. I felt so bad for her when they changed her name, and she just seemed to roll with it. I enjoyed getting to know her through her possessions.  Dutchy is such a fun and real character. I loved his determination, his attitude, and his independence. Mrs. Nielsen was another favorite character. She seems like the perfect teacher. Someday, when I go back to teaching, I want to be like her. I could go on and on about the characters. Ms. Kline’s writing style is very easy to read, yet has a certain eloquence to it. She managed to really fit the style of it with the time period, and I liked it a lot.

I also liked the second part of the story, and Molly. I didn’t really like her at first, and I think that was the point. I did feel bad for her, growing up in modern-day foster care, but her personality and mine definitely clash. I loved how her character evolved, though. It made me so sad to realize that in the 80 or so years since 1929, we really haven’t come too far from the orphan trains. According to the book, and from my impressions of today’s foster care system, it doesn’t seem a whole lot better, and that irritated me. Sometimes it takes a book like this to motivate people to make changes, and I hope it does that. These children aren’t just statistics anymore, but are real children that matter and should be loved.

There is quite a bit of language in this book. The “f” word is used several times, along with other profanity. There is an attempted rape scene, along with domestic violence, death, and abuse, among other things. I told you, it is not a happy book, there are scenes that will make you cringe and cry, but it is a wonderful story and I’m so glad I read it. I learned a lot, and it really made me think and consider what my viewpoints are, and if I could possibly help. I highly recommend it, with the above cautions.

Rating: R (Remember, this does not follow the movie ratings exactly….it is just my way of saying it is not appropriate for younger readers.) Death, abuse, domestic violence, language, attempted rape.

Recommendation: College and up. I think this may still be too much for even an 18 year-old.