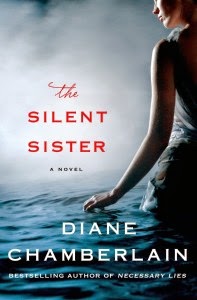 The Silent Sister by Diane Chamberlain
“Riley MacPherson has spent her entire life believing that her older sister Lisa committed suicide as a teenager. It was a belief that helped shape her own childhood and that of her brother. It shaped her view of her family and their dynamics. It influenced her entire life. Now, more than twenty years later, her father has passed away and she’s in New Bern, North Carolina, cleaning out his house when she finds evidence that what she has always believed is not the truth. Lisa is alive. Alive and living under a new identity. But why, exactly, was she on the run all those years ago? What secrets are being kept now, and what will happen if those secrets are revealed? As Riley works to uncover the truth, her discoveries will put into question everything she thought she knew about her family. Riley must decide what the past means for her present, and what she will do with her new-found reality.”

Imagine waking up one morning and finding out that everything you’ve known about your family for your entire life is a lie. A deception. Nothing is actually what you thought it was. This is pretty much what happened to Riley MacPherson. It didn’t happen over night, but it did happen within a few weeks after her father passed away. I can’t even imagine. Not only is Riley dealing with the passing of her father, but she is also dealing with his finances, his estate, and his lies. I could not put this book down. It grabbed hold of me from the beginning, and I was hooked. The writing in this book is so well done. It’s captivating, engaging, and you feel as if you too are caught in this web of lies. The characters come to life on the page. I love that they are so realistic and life-like. They are not perfect, they have their flaws, and yet they are real. Riley could be your next door neighbor. There were a few instances that I felt she accepted her new realities a little too easily, but I think she was desperate and since I’ve never been in that situation, her reactions could be completely realistic. Riley’s brother Danny is an interesting character. I can understand where he is coming from, and why he feels the way he does, and I feel bad for him. He also kind of scares me, actually. I am not sure if I believe his reaction at the end of the book because it seems completely out of character. I don’t know if the feelings he felt in that moment were enough to change his mind that much. Jeannie and Christine are such fun characters, and I think they add a lot to the story. I like that they have history with the family and are there for Riley when she needs their help. Verniece and Tom add a depth to the story, along with a few surprises. They scare me a little as well, especially Tom. I feel bad that he was put in the position he was put in, but I don’t think he deserved what it was that he wanted from Riley. The ending was almost too perfectly put together, but it was decent. I still loved the book.

There really is no way to talk about this book without giving anything away. After I finished it last night I thought and thought about how I could try and describe the situation without spoiling it, and I’m just not sure it’s possible. There’s so much going on, and because so much of it is truth coming out after years of lies, discussing it at all leads to realizations and secrets found out. So, I’m going to leave it at this: I loved this book. I couldn’t put it down. It was a roller coaster of emotions, and at some points I wasn’t really sure who to cheer for. I don’t like feeling as if I’m cheering for the “bad guy,” but is it a “bad guy” or is it a victim or an underdog? I could feel Riley’s emotions with her: anger, confusion, stress, worry, love, fear, a yearning for something other than what she had, sadness, and so many more. The emotional pull of this book leaves you feeling as if you’ve experienced it in person. Ms. Chamberlain’s writing style grabs hold of you and doesn’t let go. Even after I finished the book I couldn’t stop thinking about it. (I’m dying to talk to someone about this book!!! If you read it I’d love to hear your thoughts!)

There isn’t a whole lot of profanity in this book, except for the “f” word. And there are many of those. It is mostly one character who says it. There are a lot at the beginning of the book and a bunch at the end, but the middle of the book doesn’t have as many. The character who uses the word constantly isn’t in the entire book. There is a murder, rape, and some “intimacy” where you know it happens but it doesn’t go into a whole lot of detail. There is also a lesbian relationship. This is the first book I’ve read where the lesbian is the first person narrator, and she falls in love. It doesn’t go into a lot of detail, but enough to know what is going on and to set up the relationship. Overall, I really liked this book. There were a few times I wasn’t sure if I wanted to keep reading because of the language and content, but I’m glad I did. I would recommend it if you’re ok with the above warnings.

Recommendation: Adult. This book is not appropriate for younger readers. 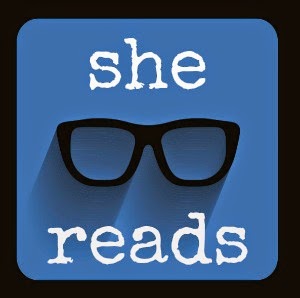