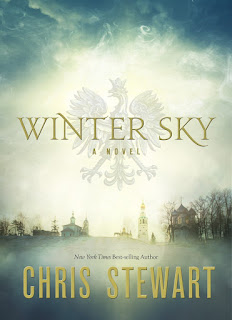 Blurb:
“In  a bombed-out Polish village during World War II, a young resistance fighter finds that he is suddenly alone and trapped between two opposing armies. He is one of Poland’s ‘Devil’s Rebels’ fighting desperately to save his homeland, but an injury has erased his memory and his only possession is a torn photograph of a couple he assumes are his parents. The woman appears to be holding the hand of a young child whose image has been ripped off. Could the child be him? Caught in the crosshairs of the retreating German army and the advancing Russian forces, the village holds nothing but destruction and despair until a mysterious young woman offers a small glimmer of hope that may represent his last chance–news of a refugee train departing from a nearby town, headed for American installations at the border. But complications arise when the resistance fighter is betrayed by his own countryman and hunted by the German SS officers who are determined to kill him before they retreat. Desperately searching for a home and family he can’t remember, he is persuaded to rescue two children who are doomed to die without his help. As time runs out, the former rebel is faced with an impossible choice. Standing at the crossroads of saving himself or risking his life for strangers, what would motivate a young man at the brink of salvation to make one more sacrifice?”
My Review:
I’ve read many World War II books; some true and others fictional; some about soldiers and some about everyday citizens; some about Jews and others about those who helped the Jews; some about people from Holland and others about people from Germany, Italy, or the United States. It doesn’t seem to matter who it is that the story is describing, I’m always fascinated by the strength of the people in these stories. We always hear about “The Greatest Generation,” and I think there is a lot of truth to that. The people in these stories seem to be bursting with courage, bravery, determination, a good work ethic, a sense of pride in their country, strong morals, and the ability to do the right thing even when it seems impossible or could have grave consequences. This book is no different. Lucas is an interesting character because he can’t remember anything. He doesn’t know who he is or where he is from. Why do the townspeople stare at him? Why do they not want him there? Where should he go and what should he do? I can’t imagine being in that position. I like Lucas as a character. I think he is well developed and real. I like that he has flaws, and that he also has strengths. It is interesting to watch him as he begins to slowly figure things out a little bit, and to see how that affects him. Is he who he thought he was? Is he who he wants to be? Aron and Cela are also great characters. They too have such great strength. Even though they are fictional, I like to hope that there were children as wise and strong as they are in the story. My kids can be wussies sometimes, but then other times they surprise me with the things they can handle. I hope they’d be as strong as Aron and Cela if they had to be. The story line in this book has a few surprises; I may or may not have figured them out before, but it plays out well. I thought this book was well written. There is such a good moral to this story. It is inspiring and uplifting. I really enjoyed it, and I highly recommend it!
Rating: PG-13+ (There isn’t any profanity or “intimacy.” There is quite a bit of violence though. It is a war and people are shot at, and shot and killed, with at least one character dying, and that death is graphic.There are also descriptions of the starving and war-torn villagers.)
Rating: 14 years old and up.
Disclosure: I did receive a free copy of this book in exchange for my honest review.